When I was in middle school, one could say I was “on fire” for the Lord. I was at every church camp and outing, and even more, I was on the front row with arms raised and waving. I could seriously get my Jesus on, y’all. My best friend at the time and I made promises of celibacy, staying sober, and not getting mixed up in the wrong crowds. Looking back, it was easy to make all of these vows when I had nothing testing my willpower. I lived a relatively sheltered life up until that point, and was not subjected to a single fork in the road. When you don’t have the option of making a wrong decision, its effortless to make the right one. (Duh.)

Then, when I was 14, I met a boy. We’ll call him John. He went to another school, was significantly older than me, and was also considered “popular.” It also didn’t help that John was very good-looking and had a car. I was hooked. I feel like I have to add that I was not the exactly the looker back then that I am now (JOKE people, geez.) I had braces, was going through a particularly punk rock phase (complete with pink hair and studded belts..), and had absolutely no concept of who I was or wanted to be. I knew who I thought I was, but had never tested this concept. The kicker in all of this? John wanted me. I was not naive enough to miss the stares he got from the other girls, and that made him so much more appealing. Side note: Why is it that society gets to tell us what we like, or at the very least, sway our opinions dramatically? I thought I hated those straw purses everyone is wearing these days. But now? They’re everywhere and my brain has decided to flip the script. I want one bad.

I digress, but here is where the first lie began seeping its way into my heart. Being wanted by someone that others deemed worthy, made ME worthy. Never mind that the Savior of the universe wants me and pursues me daily… that wasn’t tangible. This was a cheap imitation, but that’s all it took. John and I started dating, and this was my first experience with what a relationship entails…a relationship at 14, anyways. This meant we texted roughly 5 times a day (this was in a time where you could only send x amount of texts a day, or you went over your data and got grounded. I know, sounds archaic.) We saw each other on weekends, for short periods of time, and were always chaperoned by one of my friends. This part makes me laugh, because even though my parents had the very best intentions, this rule was completely pointless. To be honest, we were more like pen pals at this point. Right around this time, John stopped pursuing me. I remember that time so clearly, and if I don’t watch it, feelings of regret and shame come creeping in behind these memories. Our relationship was surface level and tumultuous already.. but it was about to get so much worse. It felt like every week I would get a text/AIM/phone call informing me that John had cheated on me with another girl. The best part? He wouldn’t deny it. Y’all, this was such a pivotal moment in my fragile, young heart. This is where I learned that in order to be enough for someone, you had to continue to produce something. I learned that love was conditional, and in this instance, that meant keeping the relationship exciting and dramatic at all times. If not, then you better work your ass off to try to earn that “love” back. Harsh, right? Talk about a recipe for disaster. I’ll skip through this next year or two by summing it up: It was a season of unfaithfulness and deception on both sides, volatile arguments that included breaking cellphones and more tears than you thought a teenage girl could produce, a lot of very poor decisions that would leave permanent scars on my heart and soul… and very, very little peace. I feel it necessary to add here that John is not a bad person. In fact, he’s a great person and there is absolutely no animosity between us. We were just young and so, SO dumb.

I’d love to say if someone had only told me, or shook me real hard at this time in my life, it would have saved me from so much heartache… But that’s a lie. If I’ve learned anything about my past, it’s that you can’t tell me anything. I have to take the wrong path and finally turn around, rather than taking another route to begin with. I think people call that “hard headed.” (Connor also appears to have this trait… so bless Gatlin’s heart.) It probably wasn’t all this one relationship that started this destructive way of thinking and dealing with love and intimacy. I simply wasn’t prepared for my values and beliefs to be tested. That is nobody’s fault… it happens. I didn’t know who I was, and I got lost while letting others try to tell me. Cue the spiral into drinking, pushing boundaries (or ignoring them entirely), and always operating under the idea that affirmation is key to life satisfaction.

I hate to spoil the ending, but John and I continued this destructive dance until our messy end after high school graduation. I went into college with the impression that relationships are toxic by nature, and that’s just part of it. So, that’s what they were for me. Relationships were temporary, but you needed them in order to be relevant. At this point, the lies were building on one another… turning my heart into a hard, dark place. The next lie has possibly been the hardest to shake: You can’t trust anyone with your feelings. Vulnerability is weakness. I still have trouble with this one. Like I’ve told you before, I love differently than others. I always have. My parents noticed it when I was young, so I can’t blame this entirely on life experience… but it didn’t help. I didn’t allow myself to feel love for anyone, including myself, for a very long time. I used every negative coping mechanism you can dream up in order to deal with this… and I felt almost nothing. Again, the enemy tries to insert a heavy dose of shame here. I have to work extra hard to be open with my husband about my true feelings and hurts, and if I’m not careful the walls I’ve built will box him out faster than he can push back. Issues of the heart are so much more pivotal than sins of the flesh. I think there is a Bible verse about this, but its location has escaped me.

I could continue, but I think this is enough for you to chew on for now.

So, can I speak directly to the hearts like mine, who constantly seek affirmation and tangible evidence that they are enough? That road is endless and exhausting, my friend. Just as dating proved toxic to me, anything can be toxic if you seek validation for your soul. I still find myself looking for cheap affirmations: Likes, followers, compliments, admiration. I struggle with that now. Today. The temptation doesn’t cease when you change direction, but there are ways to quiet that voice. You see, the voice of Jesus is quite loud when you focus on it. “But Caroline, I can’t hear the voice of Jesus.” I know girl, I thought so too. But you can. The Bible is oozing with the Savior’s unconditional love for us. It is all encompassing, and you cannot and will not earn it… or lose it.

I have to daily, sometimes hourly, check my heart. Am I trying to earn love? Do I believe that Jesus’ love for us is unconditional and consistent, regardless of my performance? Most of the time, no. I get it, we just can’t understand that. But with that way of thinking, you will live in a constant state of unrest. Human love is conditional by definition. It waxes and wanes, and can be earned and lost. That love will always elude you, just out of reach.

I don’t have a grand dating Do and Don’t list. Although, this post has a whole lot of Don’ts in it that you can base your list off of. The Do? Love yourself. Gag me, right? So cliche, so overused and under explained. But, so many of your friends say they found love when they stopped looking, right? Its not because they were in a smoky bar and bumped into their life partner (That happens, but follow me here.) When you “aren’t looking”, you have no other option but to look at yourself. To chase the things you love, which give you insight into who you are. When you are enough for you, then finding a spouse is just a bonus. Exciting, but not vital for happiness.

So, no matter where you are in life: single, dating, or married, take some time to do a soul inventory. Are their lies hidden behind years of distorted thinking? Can you even hear them anymore, or have they become so engrained in your thinking that you now take them as truth? Everybody could use some Spring Cleaning of the Soul. After all, you are the only one that you have to spend eternity with. You better like you. 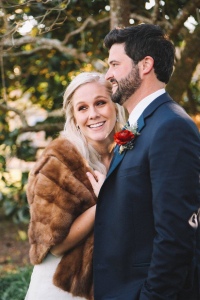